After a whole week of phone conversations between my mother and my aunt, we finally spent Christmas with my aunts (and uncles) in my mother’s home town. My aunt always prepares very tasty food, and the whole place smells like a fancy restaurant where you can get anything you want.

We arrived there a bit before lunch time, and after a couple of hours of driving, all of us had pay to a visit the bathroom. Normally I never lock the door when I’m at home or at one of my relatives place, but we were ten people for two bathrooms, so I did it this time, noticing that the lock mechanism felt a bit stiff but without paying attention to it for more than a second. When I finished there I discovered that I trapped inside, and he loch mechanism was no loner stff but completely stuck. After some minutes of struggle I decided to ask for help or any kind of inspiration, and I got the complete family at the other side of the door saying things like “you have to try harder”, “grab it using a towel, it will be much easier”, “do it again, very VERY hard”. Nothing, it didn’t move. Luckily I was just trapped inside a bathroom, with my handbag, an indefinite water supply, a toilet and a window, which I could use to get my Christmas lunch if things were not going to improve. I even thought of calling a locksmith, some friend of my uncle and waiting patiently seated in the bathroom until the afternoon, to give him time to eat with his family before coming to rescue me.

After trying several times and only getting blisters on my fingers, I asked for a screwdriver, which was provided through the window (I also thought of jumping from window to window but I considered stupid and completely chikened out). With the screwdriver I could unmount the lock and with some help from ouside I finally saw myself out of the bathroom, its unlimited water supply and its toilet, and I could join the others for lunch. 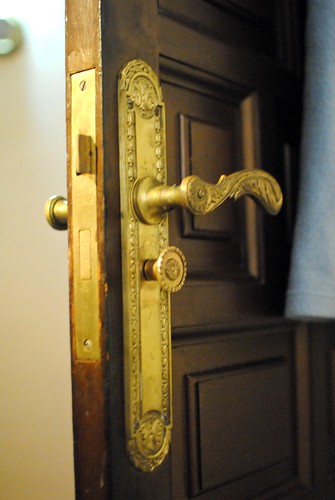 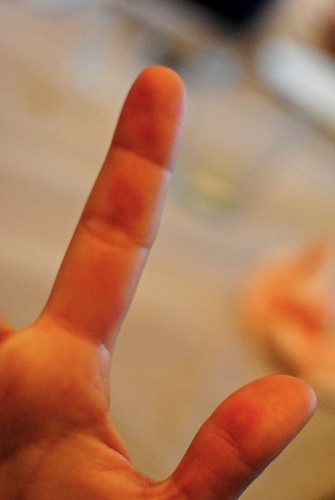 Lunch was great, as always whenever my aunt cooks, but towards the end of it, bellies were getting full of food and alcohol, and meaningless conversations started to bloom here and there. We ended up, as usual, talking about the role of men and women at home. There’ve been plenty of things that I missed during my five years in Belgium, but that macho attitude was not one of them. My uncle insisted once and again that women nowadays want too many things and that a man just has to provide and then rest their feet on the table while he’s being fed. And that in order to avoid having problems with his wife, he just needed to have a lot of women so that the problems would be among them and not with him. I know all the women in family hate this and are normally very proud of mention it among themselves, but not during these special family moments when the men are present. Either to preserve the calm or just because they don’t feel confident enough, but that just makes my blood boil. I know that I should shut up, and keep the peace, like the others, but I can’t help thinking how things are so much differents in other parts of the world. Maybe I was just lucky or I did not find a macho that made me happy enough in Spain, but I can only say that at home we do everything together. We both work outside and inside. We have two hands, a brain and a lot of responsability. We love each other, share everything and that includes our daily duties at home. And it is very sad that after affirming this, I have to hear that if a man helps at home, he’s a bit dumb, probably gay and he is going to be undoubtedly cheated very soon (if he’s not yet). I even had to hear an example of somebody that I could be cheating my boyfriend with. I then decided that no more words were going to be wasted from that moment onwards. 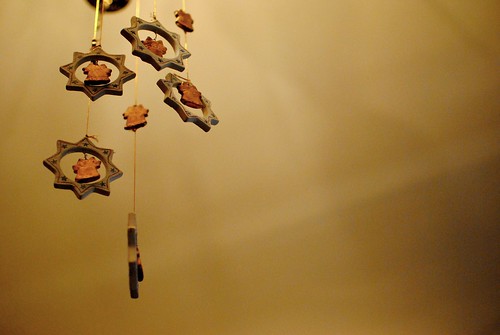