This past weekend was going to be a calm one. There were neither swing parties nor any kind of workshop announced. Time for ourselves and our things. One of the urgent projects for me was modifying Koen’s respro cycling mask. He goes to work by bike almost everyday. It’s a nearly 20 Km ride each way, and even some of the journey is outside the city, some part takes place amongst cars, with the big amount of pollution that this entails. He recently bought a pollution mask which looked something like this:

You can notice the band that goes under your ears and attaches with a velcro on the high part of your back neck. The mask is great but this attachment is quite uncomfortable for Koen, since it creates pressure on his nose and then he can only use his mouth for breathing. He asked me if I could attach a second stripe higher to be able to attach it over his ears. Since I recently got a new sewing machine and Koen was with me, I got down to work this Saturday afternoon. 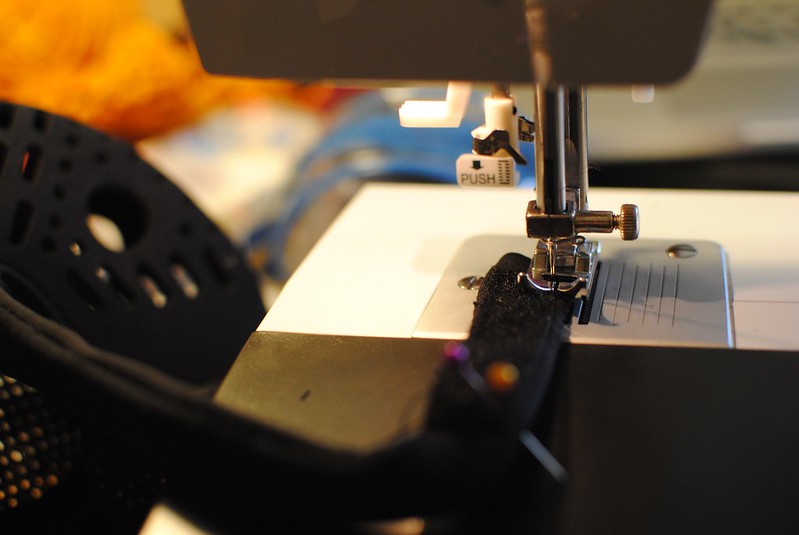 I made two tapered stripes in the most similar material I could find and sewed on some velcro to the thin end. I had to cut the velcro sides a bit since it was a bit wider than the stripe. The result was good and Koen is happy to be able to use his nose again while cycling on the streets of Madrid. 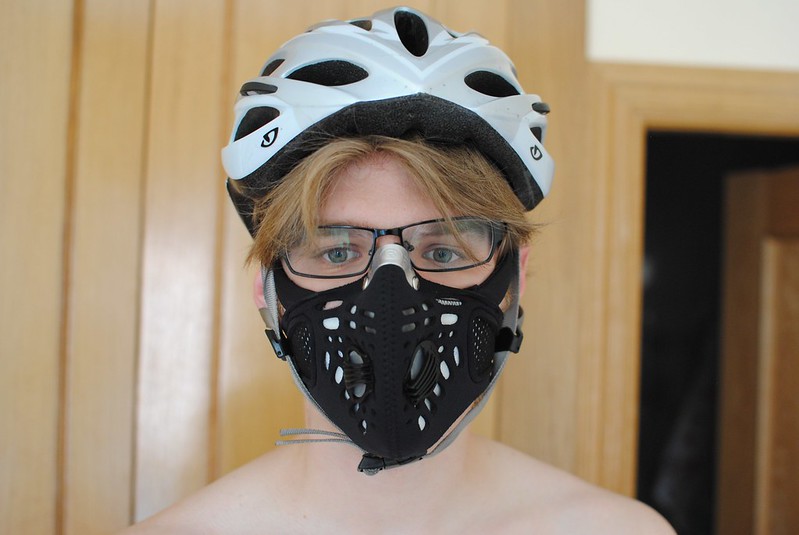 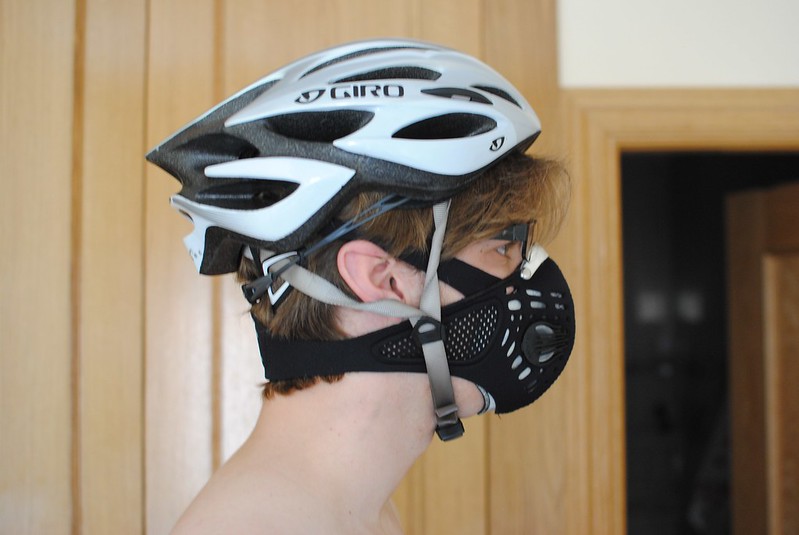 Another thing that I tried to do, after reading Mamatronic’s last post, was organizing my wool stash but I miserably failed. The good thing is that I found a sock yarn (Jawoll Magic) that I bought last year, and that I’m planning to use soon, since I’ve recently gifted two of my new pairs of hand knitted socks to my mother. I say that I failed because I fished out lots of old acrylic that I’ve never used and that I’m not planning to. I bought a lot when I started to crochet some years ago since it was very cheap and I didn’t know better. Later on I started to knit and I learned to love fancy fibers and honestly I don’t know what to do with the crappy acrylic that I’ve accumulated over time. 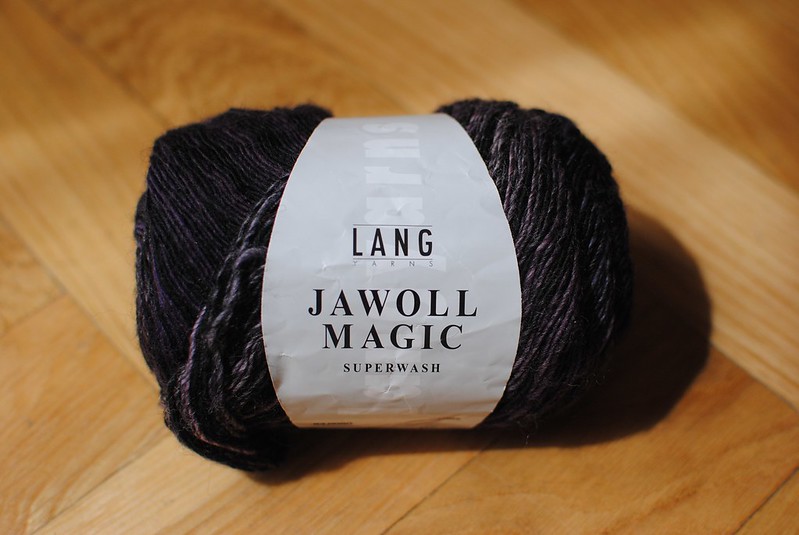 Another thing that I’ve found was an almost finished summer dress from last year. It has a nice and fresh cotton fabric. I’ve cut it in the bias so I expect a nice drape to it. I will give more details as soon as I finish it.

The spring has finally kicked in and it feels more like the beginning summer, at least how summer is in other areas. People were outside just sunbathing and drinking with high spirits. We had 27 ºC (80ºF) this weekend, but we expect to have even a bit more than 40ºC (104ºC)  during the real summer. This late start means that the sycamore maple pollen season was delayed until this weekend, so we’ll have this and the grass together for a small a period of time. My allergies are also blooming. My asthma has gotten slightly worse (I expect it to get even worse in one month) and I have rashes appearing everywhere. Saturday I had a bit of my chest, Sunday the right side of my back and today the left side. I also have rashes in my hands and arms, but it’s still not too bad. I remember when I was living in Belgium, during the birch season. I had to sleep almost siting with several pillows because I had problems breathing, I had to use special soap and shampoo and my face looked like a map during times of war. My face is mostly untouched until now, let’s see in one month.

With the weather improvement we need to reorganize our clothes and put back at the bottom of the closet the ones for winter. I’ve already mentioned ours is a very small apartment and one of the difficulties we had when we arrived was the space for clothes. Nowadays it’s still a challenge that has only one way out: decluttering. So we’ve been doing a bit of that. Old clothes and shoes, and even not so old but that haven’t been worn in ages, have been put in bags to be donated.

I’ve discovered a software called Dress Assistant, which I’m currently testing. With such a small place, lots of clothes and my crazy head I always end up wearing the same clothes and most of the time I forget about those at the end of the drawer. Let’s see if I finally like the program and it helps me with this to finally buy the license. 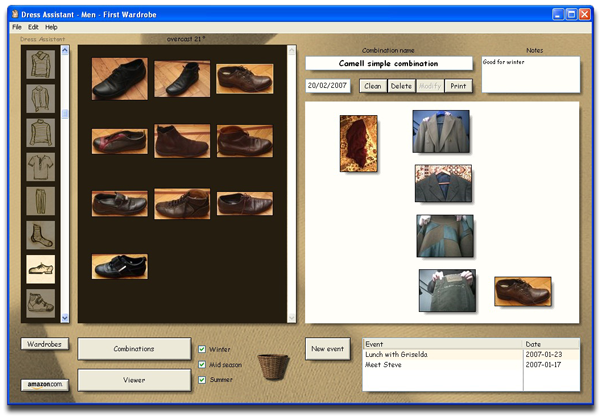 What about you? How was your weekend? How do you organize your clothes? Do you declutter often?