This sweater was one of the victims of this year’s incidents. First, this wool started as an Aiken, but after knitting most of the sweater I discovered that I didn’t have enough wool (ugh), so I unravelled it and started this owls. What can go wrong with an owls sweater? Soon I also discovered I was going to have the same problem here, but Ingrid came to my rescue and sent me a skein. I checked our ravelry messages and it all started in January. I worked on the sweater and a bit after working on those owls the project stalled. It was the time I couldn’t eat and my eczema was at its worst. 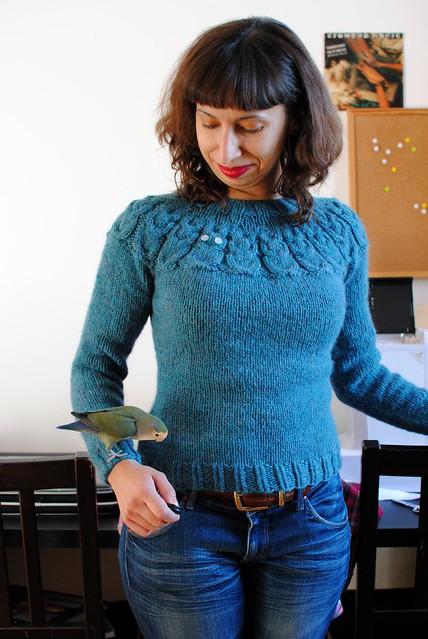 This is the first picture I have from when I was working on the sweater, and it’s from the beginning of March. Gerry was 5 months here and he made knitting in the evenings difficult because this usually happened.

I did the same mods than on my first owls (shaping on the sides instead of the back as the pattern instructs you to do) but I made it a tad longer, since with the other one I have problems covering my lower back while sitting. 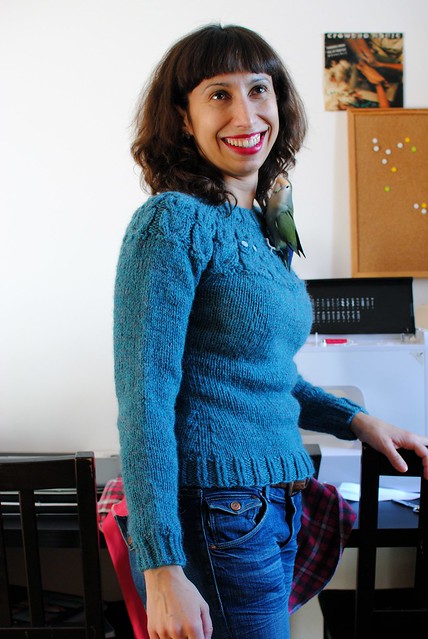 This Artesano Aran is my new favorite yarn. It’s very soft and squishy, and things knit fast with it. It has 50% of alpaca, so beware those who are allergic to it. This is going to keep me warm this winter! 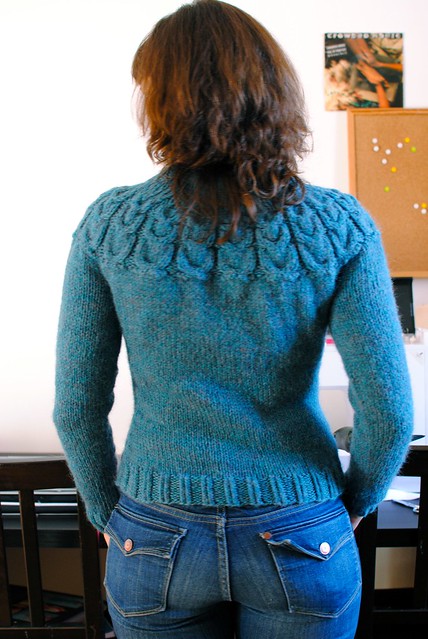 Excuse the mess on the table, but I’m working on three sewing projects and I’m taking advantage of having my own sewing space. This would have been impossible last year in our little living room. I love our new apartment. Gerry was a bit moody here and tried to bite me several times. I think he hates my lipstick. 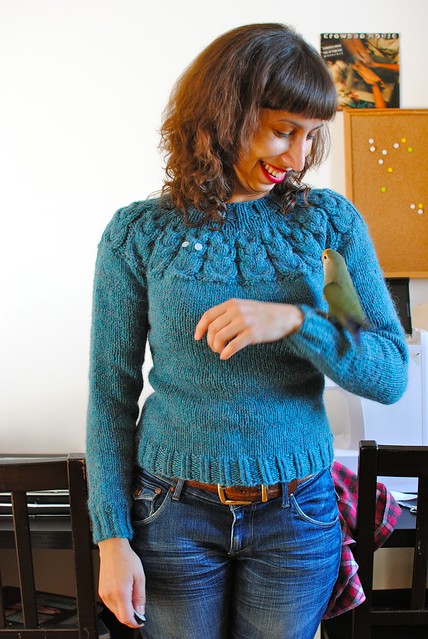 Published also in my Ravelry page.