Lala gave me some fleece after the spinning class of last Saturday so that I could practice during the week. I tried yesterday after work and I think I’m improving. My biggest problem is that I don’t fill the carder with enough fleece before starting. It’s like I’m in a hurry and I don’t stop to take my time to do this task properly.

In my first attempt yesterday, like other times, I thought the carder was full enough: 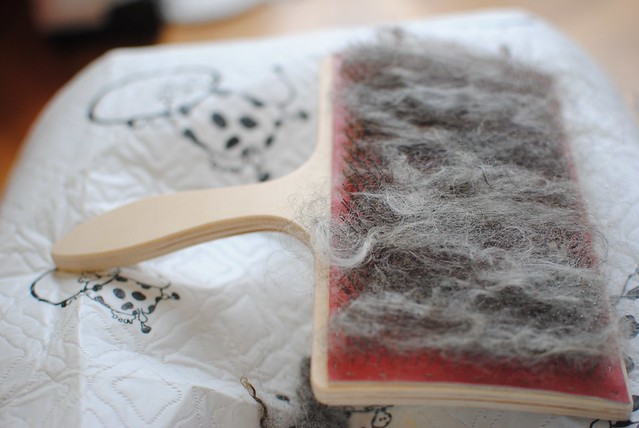 But the result was quite poor: 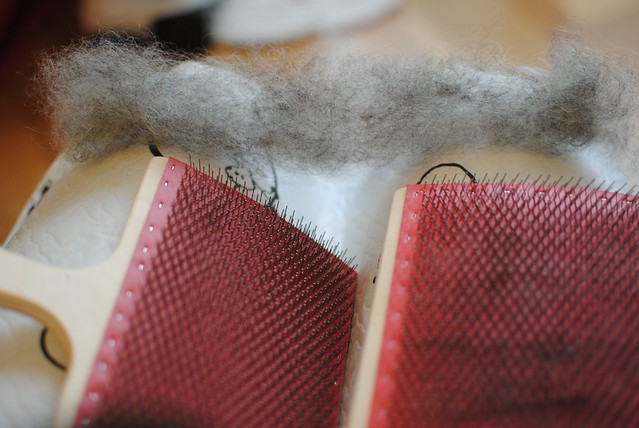 The second time I tried I put more fleece on the carder: 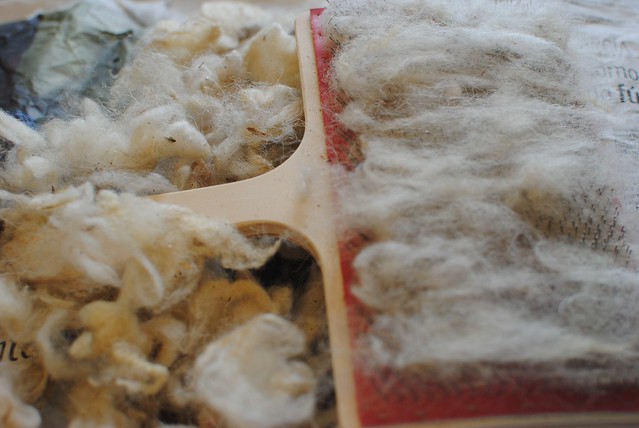 And that led to better results: 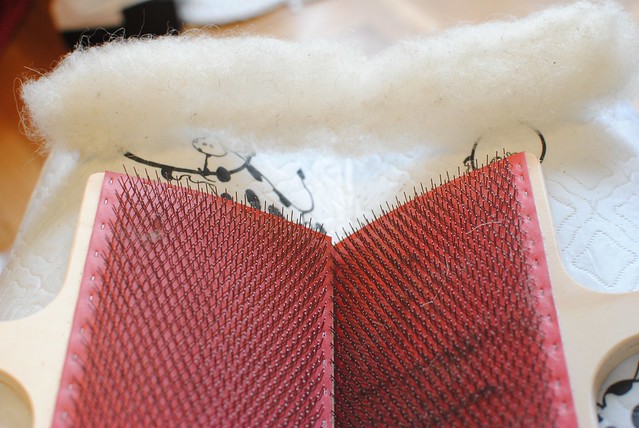 Like most of handwork, it’s not difficult, but it requires practice.