Last Saturday I attended the second part of the spinning workshop. Sadly this time I forgot my SLR camera at home. I realized it when I was already at the metro, but at least I had my cellphone with me. It was just a pity that I was going to work with spinning wheels for the first time in my life and my camera was at home! I have to say that the drastic weather change gave me a bad migraine so I guess I have an excuse. I had to take painkillers and the teacher explained that those were not very good for coordination, so no wonder my spinning didn’t go very well. 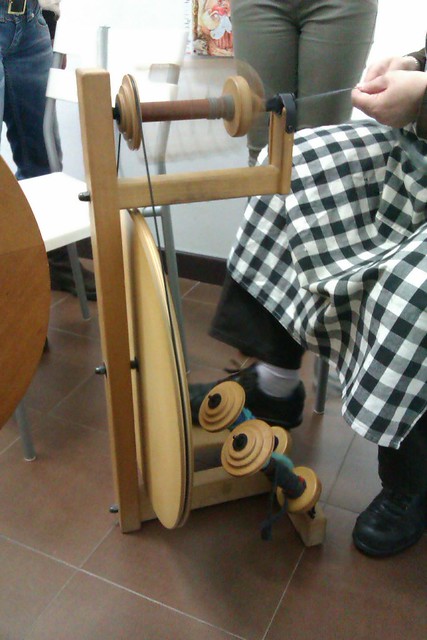 The first thing we had to do was just pedaling and nothing else, and then get used to pedaling while doing something, talking, singing, … The teacher learned in London thirty years ago and she told us that her first time she had to pedal while singing a song about parts of the body and touching those parts. 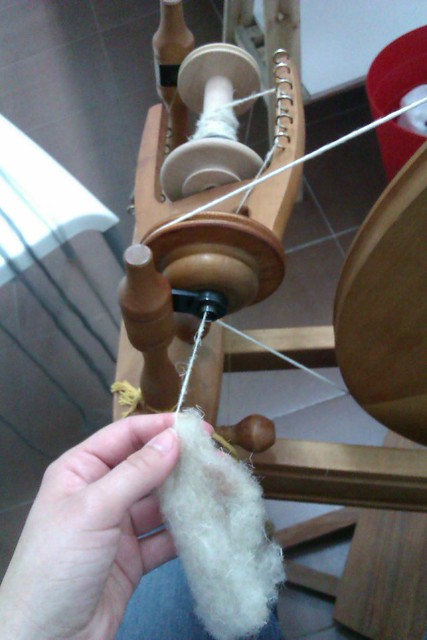 Then we started to spin combed wool and later on the carded wool we had prepared the week before. I don’t know if it was the headache, the painkillers or the weather, but I found problems coordinating my hands and foot. It’s one of those things which requires a lot of practice. 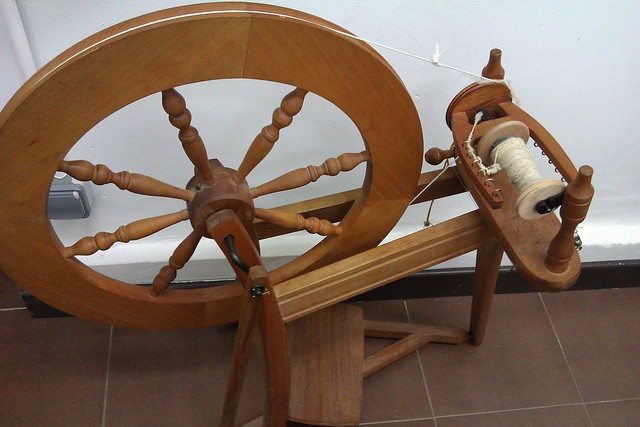 After having some yards of wool we proceeded to ply it and these are the mini-skeins we made. 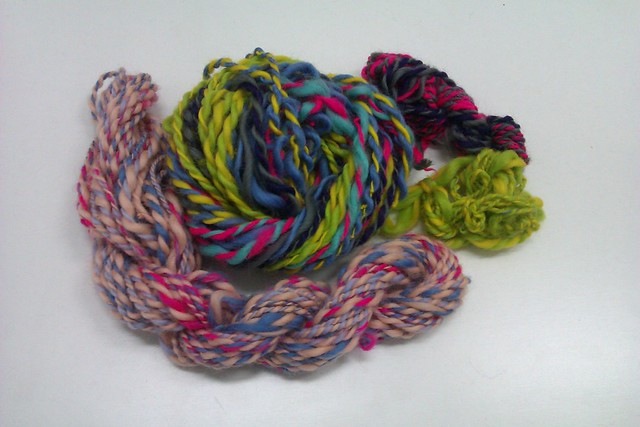 One of the girls was also plying using the drop spindle. I takes much longer, but I think that’s going to be my next step at home. I still don’t feel very comfortable with the spinning wheel and I find the drop spindle very very relaxing.