I don’t know if you remember an old TV show for kids called Calimero. 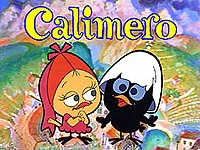 I confess I didn’t watch this during my childhood since the first series was too early for me and the second too late (I was already a teenager with other things in mind). 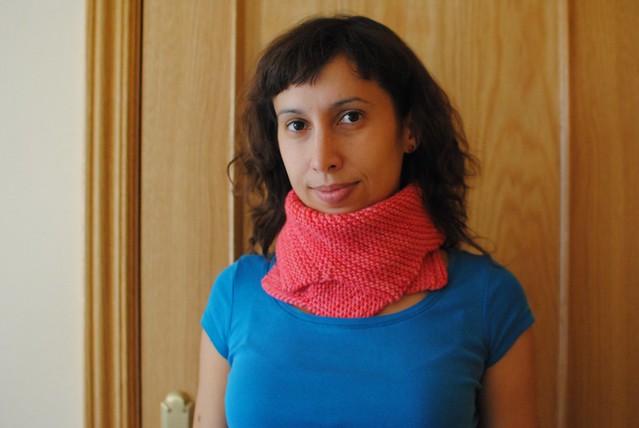 But when Elizabeth proposed me to test this pattern, I thought the name couldn’t have been more appropriate. With dented edges, this cowl reminds us of the broken eggshell Calimero used to wear. 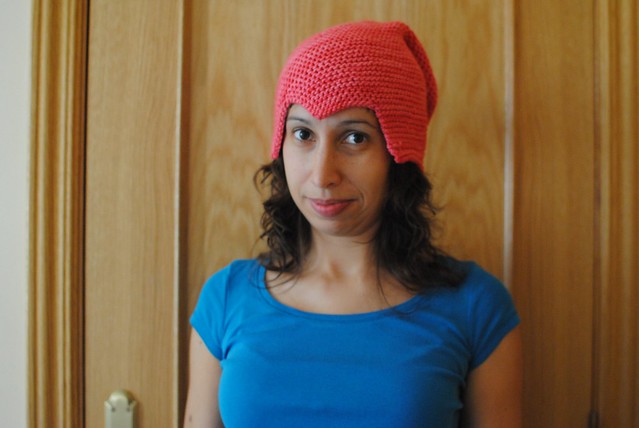 It’s very nice and cozy as a hat, with the possibility of attaching a pom pom at the end (something I haven’t done yet), although you can leave it unattached and it’s still very wearable. If you fold the lowest part you will get double thickness and really warm ears. Believe me that I was suffering that day. It’s still quite warm here in Madrid, and the least thing you want is wearing something wooly around you! 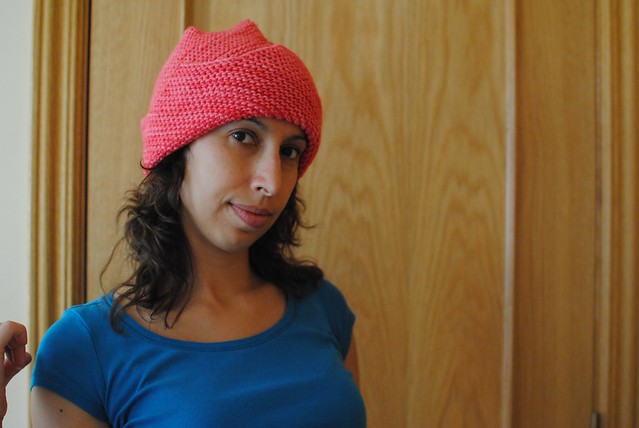 But my favorite way of wearing it is as a cowl. I have issues sometimes with cowls, because I have a thin neck and drafts can get inside them and make me shiver. With this cowl this won’t happen. There are four different sizes based on the size of your head, but you can always adapt it if you happen to have a thinner neck since the finished cowl is very elastic and you can wear it folded hugging your neck. 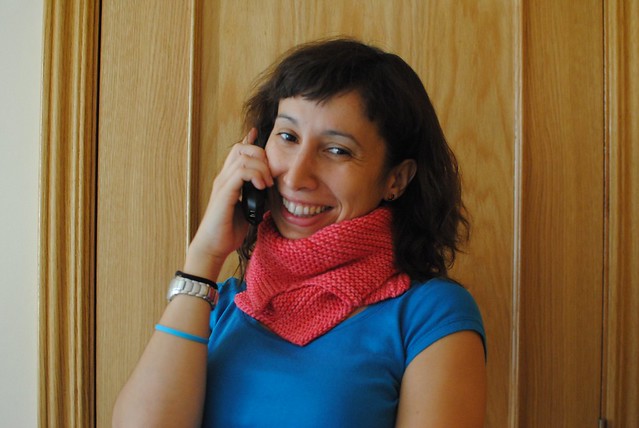 Sorry for this picture. I was busy taking the photos when my sister called and I spent some time talking to my niece Paula. She will turn 4 in December and she is such a smart ass. While we were talking my sister went out for some minutes to let the dog out and my niece was complaining because she couldn’t open the windows to see her mother (they live on a ground floor) and my sister had taken her keys, so “you know, auntie Elena, if she had left the keys I could just go out and look for her”. Luckily my sister was back in less than five minutes. 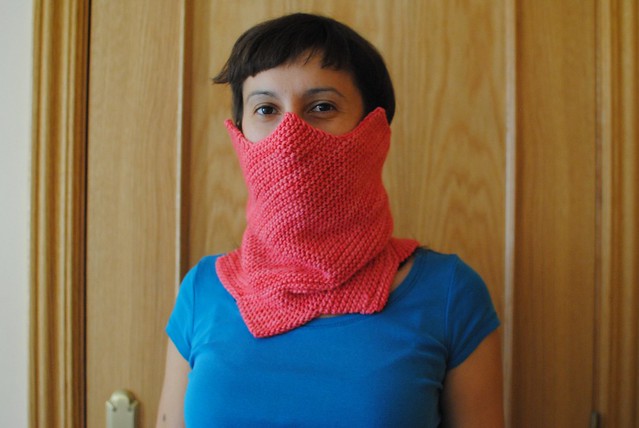 It can also be worn like this, and it seems such a good idea for those very cold days of winter. I remember when I was living in Belgium, I used to get headaches just by breathing the cold air through my nostrils. I always had to cover my nose to avoid that. Another reason to cover my nose and mouth is that cold air affects me A LOT and makes my asthma worse. I’m so happy that I have made this cowl! 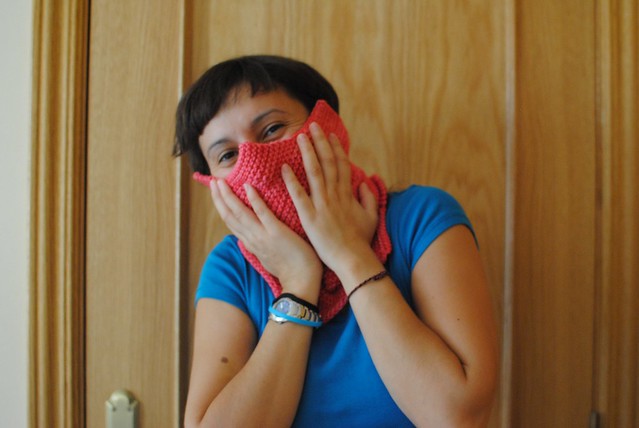 The pattern is very easy to follow and it’s supper easy to memorize, so it’s a fun knit for those evenings in front of the TV or while being a passenger in the car. The garter stitch can make it a bit repetitive, but it’s a pretty fast knit and so relaxing after confronting a complicated lace pattern, a hard day at work or any other inconvenience. 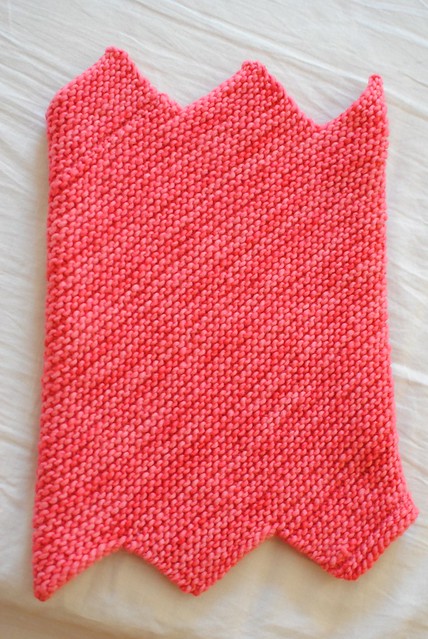 Following this pattern is so easy that I failed to spot something that was missing in the pattern. Luckily another tester realized about it, but we were some who completely overlooked the mistake. That’s what you get with easy to follow and memorize patterns! 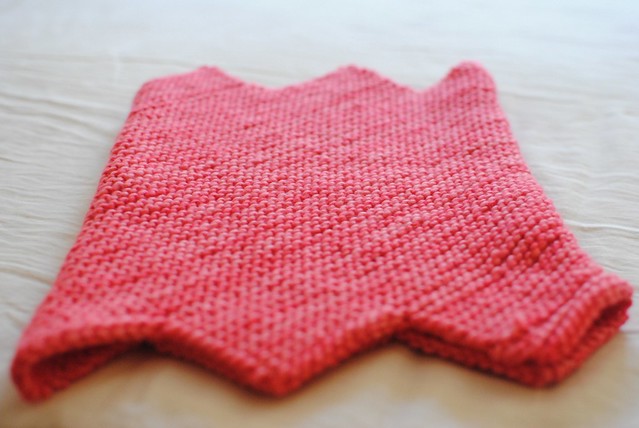 And you know, this cowl is even fantastic if you just want to hide from the camera! 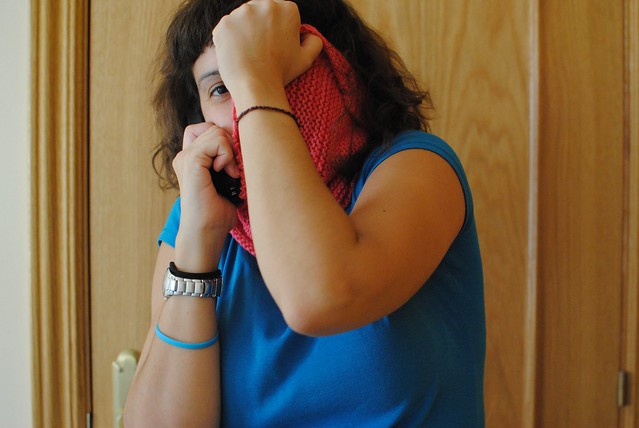 This pattern has just been released today and you can purchase it via Ravelry here. You can also check my Ravelry project here.