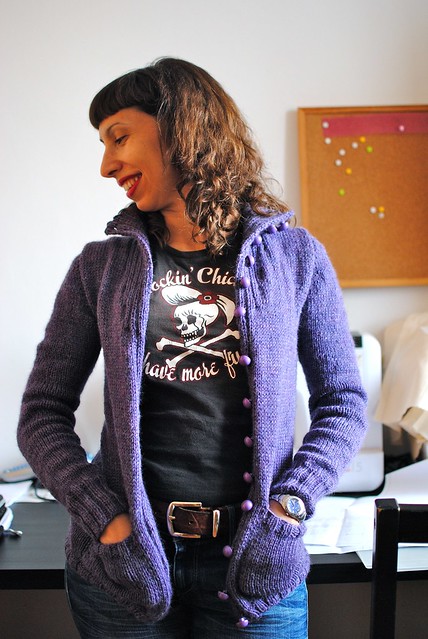 According to my notes I started this project in March and finished it yesterday. I’m not normally a slow knitter, but this year I took a long break from the needles due to health issues. The cardigan was finished about a month before Christmas, but I’m a disaster to sew in buttons. These were in fact the third set I bought for this cardigan. The first buttons were flat and too wide, and I was afraid that they were going to stick out when buttoned up. The next buttons were better on that sense, but a bit more pink. I liked them but when I had four or them installed, I realized I was missing one, and the shop where I purchased them was a bit far and I was in a hurry since I was leaving the day after for my mother’s place, 600 Km away. I decided to go to a close by shop and I got these buttons. I like them a lot, but the shaft doesn’t behave all the time. 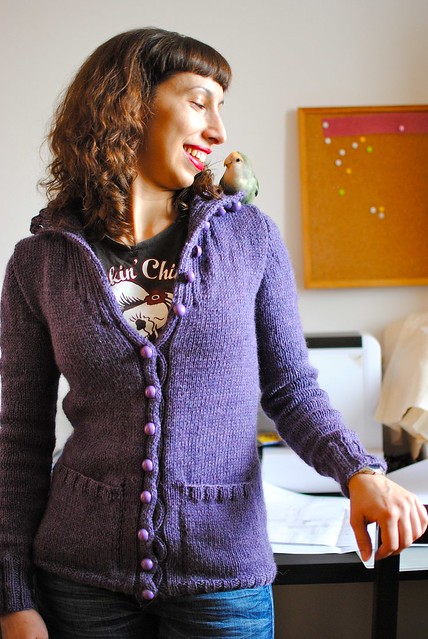 I made size XS and the only modification was adding buttons and buttonholes all the way to the top instead of just just till the chest. I like the original pattern but I get cold very easily and in some cases I will need to close the cardigan all the way up. I was not sure if this was going to work, but seeing these pictures, I like it. 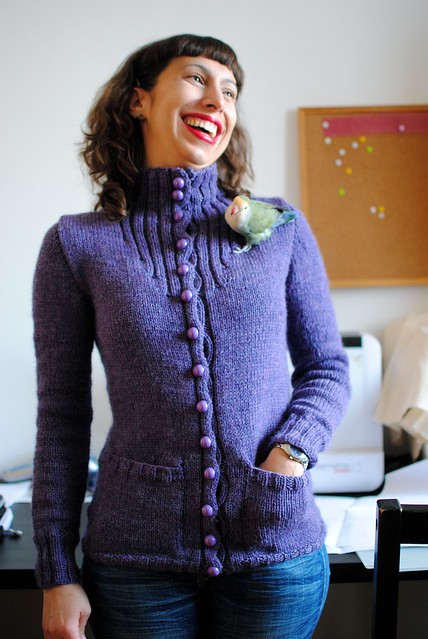 I almost shortened the sleeves by one or two inches but I finally knitted them as instructed and I’m happy with the result. They are really snugly.

I was a bit worried about the end result since my ribbing tends to be on the loose side and I always have to go two size needles down. Here you have ribbing and regular stockinette on the same row so changing needle is not an option. I think it looks ok and doesn’t feel too loose. 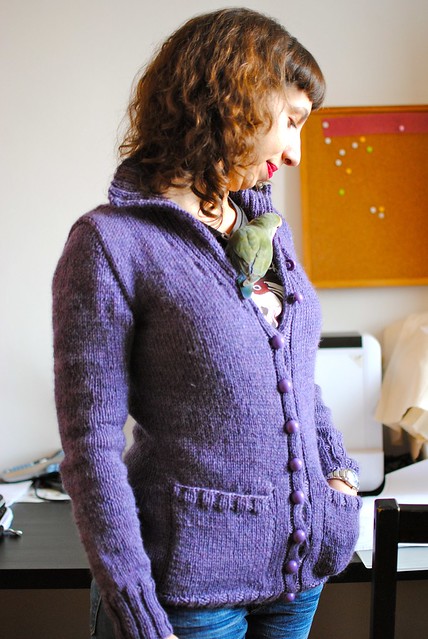 I love pockets in my cardigans. These ones are constructed just like the ones from From A to Z. I love how clever Andi‘s designs are. 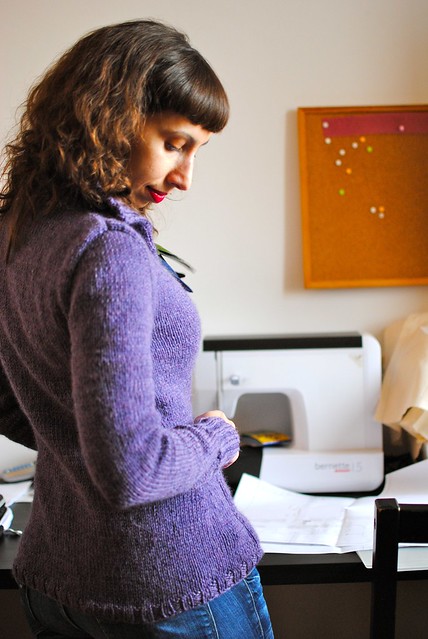 I love Andi‘s designs in general, but I see this one especially wearable if you’re a trousers girl like me. It gives a nice low back coverage and it protects your neck from cold drafts. And it has a retro look. What else could a girl want?