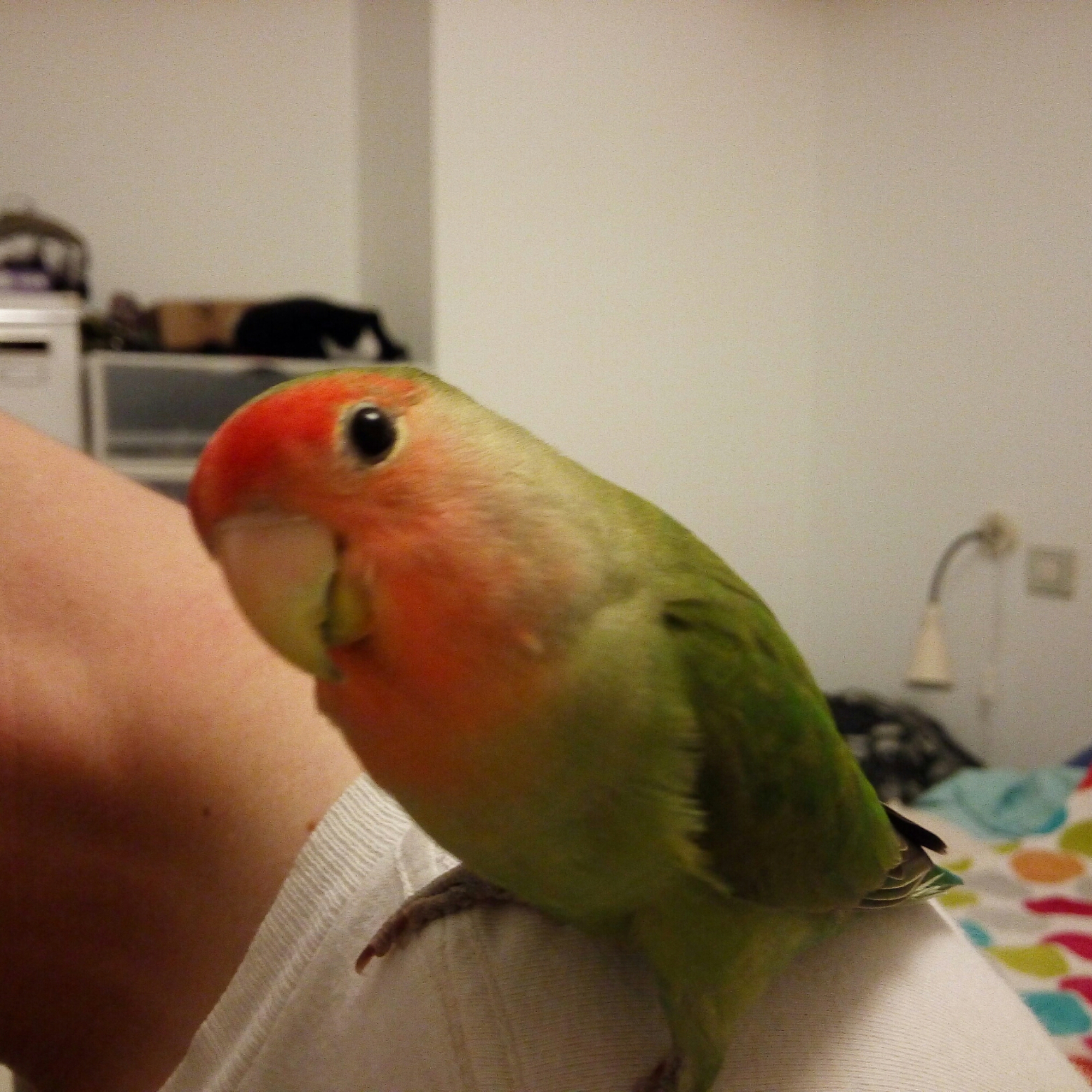 Billy is being treated right now for a bacterial hepatitis. He was not himself lately so we decided to pay a visit to the vet, and after an X-ray and a blood sample he confirmed the diagnose. He’s been on antibiotics for almost two weeks and he’s much better now. 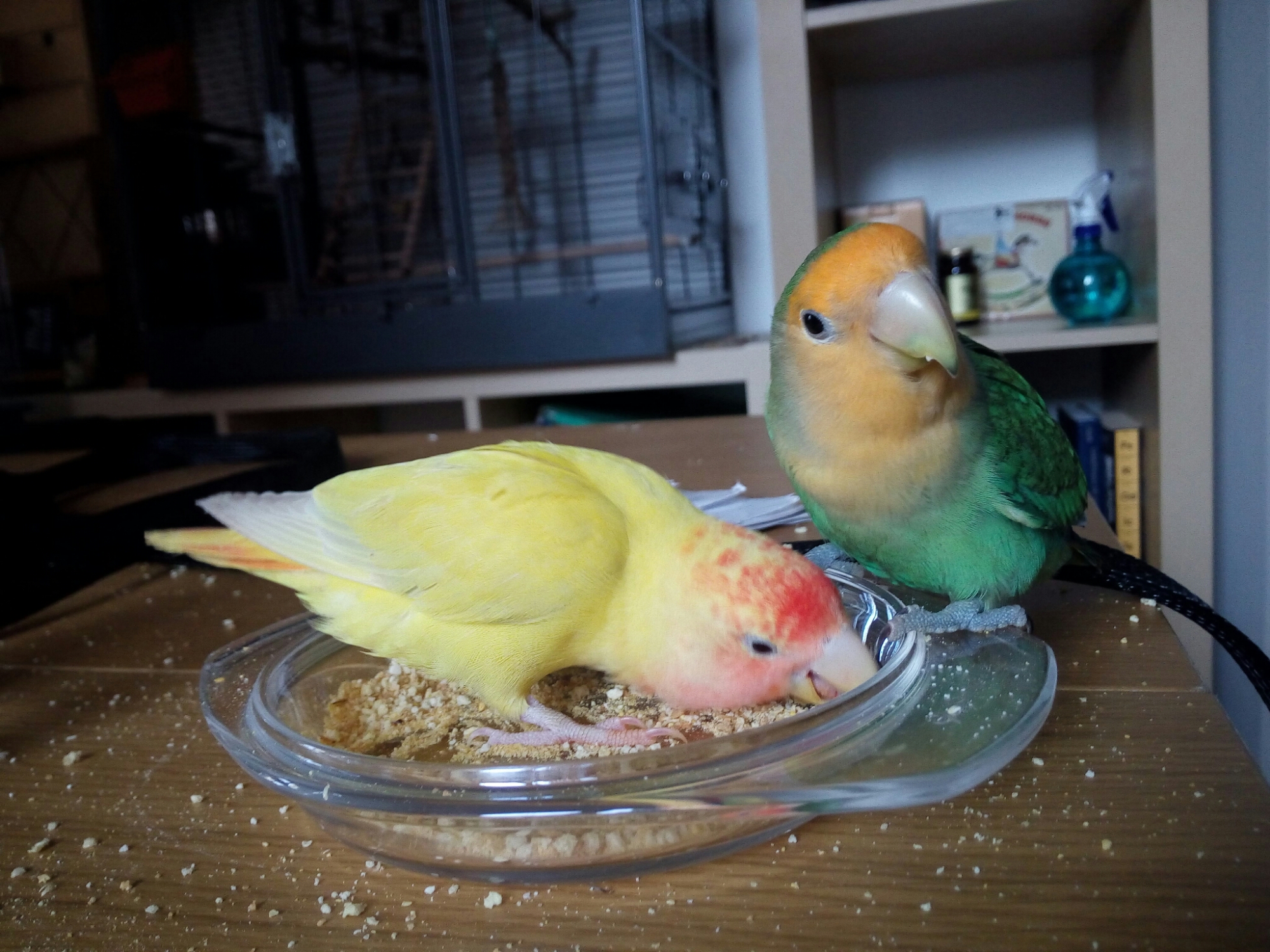 And Colin, the most lovable bird in the world.

We will moving soon again. If you remember, we moved about a year ago but this apartment never lived up to our expectations, apart from being freackingly expensive and quite far from Koen’s work. Also the landlord is the most irresponsible person I’ve ever known. We had continuous toilet clogs since the beginning of spring and had to wait days with the whole mess in the bathroom. So we’re leaving. Soon. We went yesterday to see a beautiful apartment. It will be available at the end of the year, but we don’t mind waiting since we need to give a two months notice at the current apartment.

As I’ve said before, my sewing and knitting mojo left with my beloved Gerry, but I made an effort for two important babies:

I used the Peekaboo Lullaby bodysuit pattern. As I made them already some time ago, I don’t remember a lot, except that my sewing machine chewed up one of the sleeves when hemming it, so I decided not to topstitch the neckline to avoid making a mess. I do this more and more with knits, as my machine is quite unpredictable on them. Probably I will get a new one when things are settled down (I have my eye on the Elna 3210).

And as I had quite some fabric leftover I made another Kitschycoo Barrie Briefs. I barely wore the other two I made this summer because the double fabric made made me sweat (we had the hottest summer in the last 10 years), but for fall and winter they are nice and cozy.

Aren’t they nice with their knights and dragons? 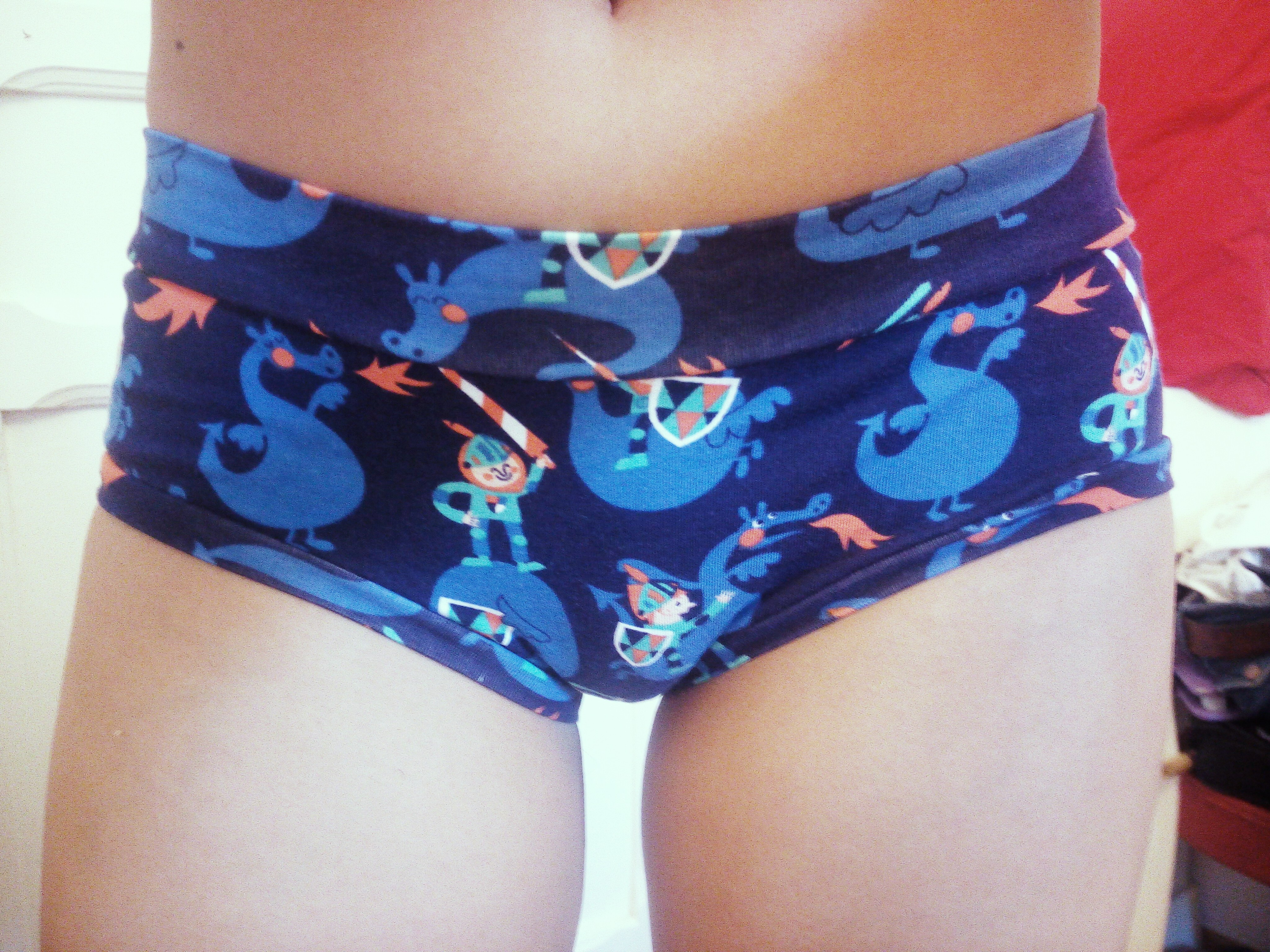