I finished this skirt probably more than one month ago, but we had such a cold and rainy spring this year that I forgot this skirt at the bottom of my finished projects drawer. It’s funny, since the bad weather was the main reason to hurry with my Thurlow trousers, and just when I finish them we are over 30ºC. 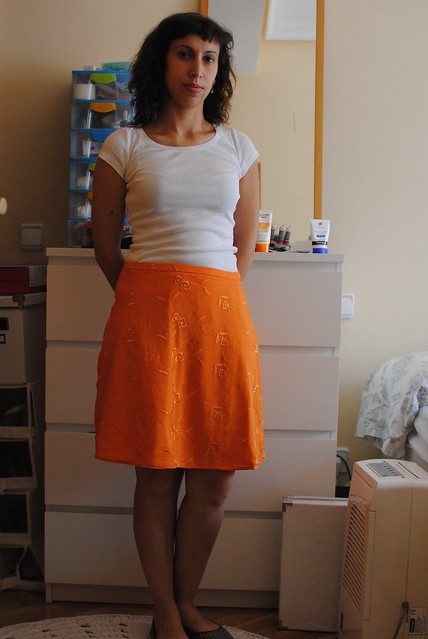 This is a self-drafted pattern and I’ve used the knowledge I learned at the A-line skirt Crafty class. I simply took my previously drafted pattern and I sliced it open to give it more volume. I had to make a small adjustment here since I have prominent hips and that part needs to be smoothed out when slicing out the pattern, making the side lines a bit more “straight”, otherwise you’ll end up with two strange “bumps” on the sides. Ah, the beauty of muslins… 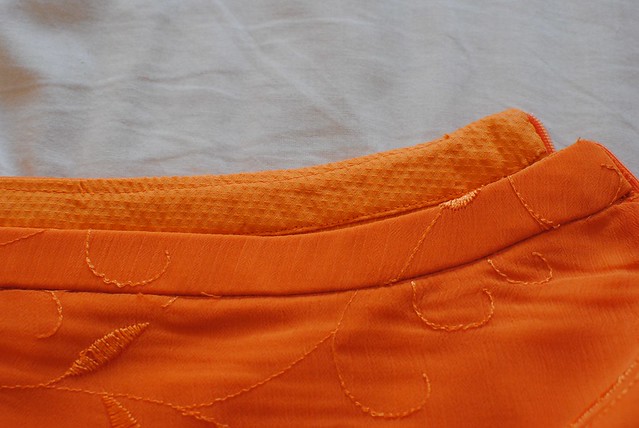 It’s made of two different fabrics. I found a thrifted piece of embroidered chiffon for 2 euros and I needed a lining to be able to make something wearable. At first I was looking for a simple white cotton, but after some tests and Koen’s opinion, I decided also orange would work better. 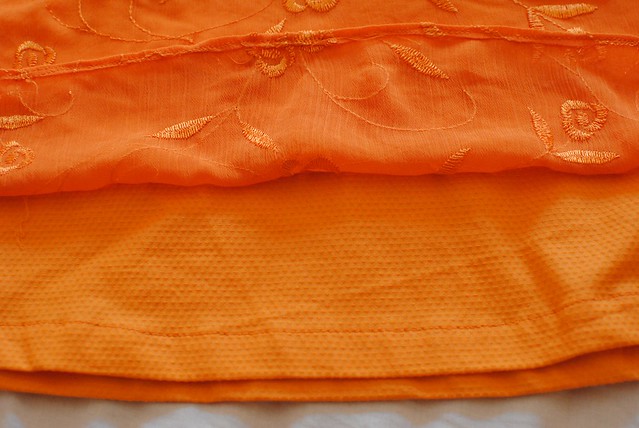 I worked on it a bit during one of my weekly sewing classes and the teacher proposed to hem both fabrics together. In her opinion, it was going to be easier and it  would look better. I finished the skirt at home and I decided to plow and continue with my initial plan of hemming them separately. I followed this Megan Nielsen’s rolling hemming tutorial without a rolled hem foot and even my teacher had to admit that the result was pretty good. 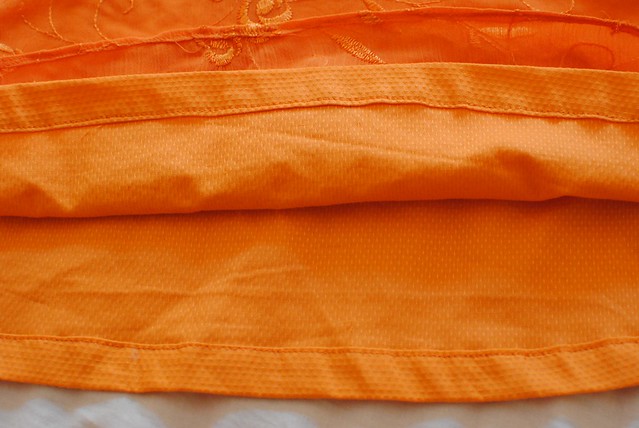 Today I wore this skirt and I got compliments from the girl working at the local bakery. Well, after so many months seeing me in my jeans uniform, it was quite a change. 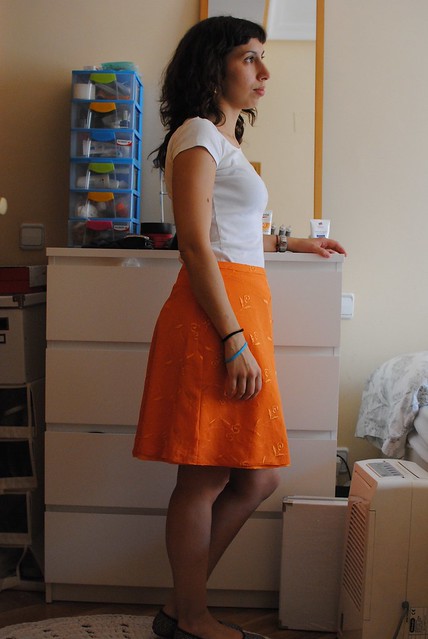 Designing and sewing can be sometimes energy consuming, and sometimes I suffer from insomnia just by thinking about what I want to make and how I want to make it. Koen usually gets up one hour earlier than me and before leaving (well, not really before leaving, since in the morning he’s slower than the slowest of women) he wakes me up. I don’t remember if this happened when I was making this skirt or during the Thurlow frenzy, but one morning he came to wake me up and I was mumbling in my sleep about a skirt I had made for him, that it was too long and had to be fixed. Well, you can imagine how hard Koen had to laugh at me that morning. Deeply in my heart I know he’s a bit jealous of my me-made sewn garments and I know that since I started to work on my Thurlows, he wants a pair of pants. Well, I just found out about a pattern that will be released very soon. The Jedediah pants are the answer to my wishes and they are just $8.50. I think I’ll give it a try.