Last time I talked about them here was just after making my two muslins. I haven’t been very active here lately because I really wanted to have them finished in one week. Sadly that was not possible, it wasn’t a week but ten days. Not bad, I would say, for my first attempt. If you count the pre-process, then it took me longer, but tracing the pattern pieces using our windows is a crafty job.

Cutting the fabric was also not the most pleasant of tasks. It was not difficult, but after ironing the fabric and cutting during more than one hour, my right thumb went numb for almost five days. My fabric shears cut just fine, but I will probably need to get more ergonomic ones. 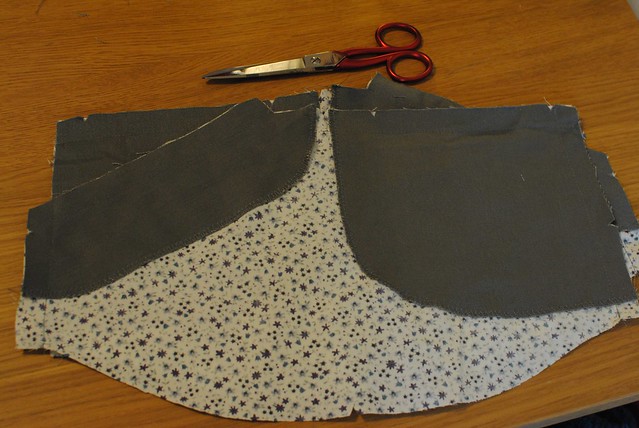 The first steps went rather smooth, except for the fact that I placed the pockets lining inside out, but that’s not a very important detail. Even like that they’re more beautiful that RTW pants pockets. 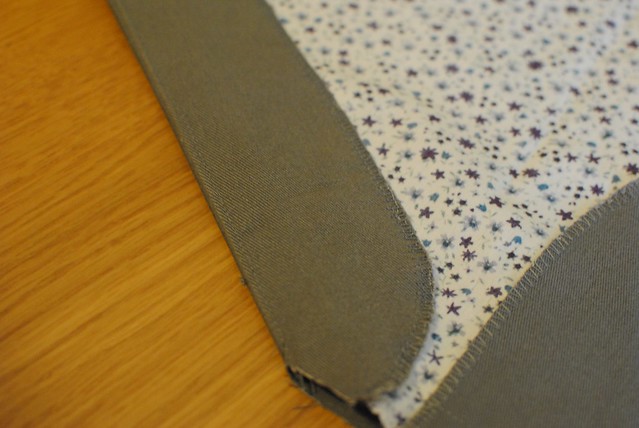 I used what I learned when I fixed Koen’s jeans pocket and finished my pockets like the ones of RTW jeans. 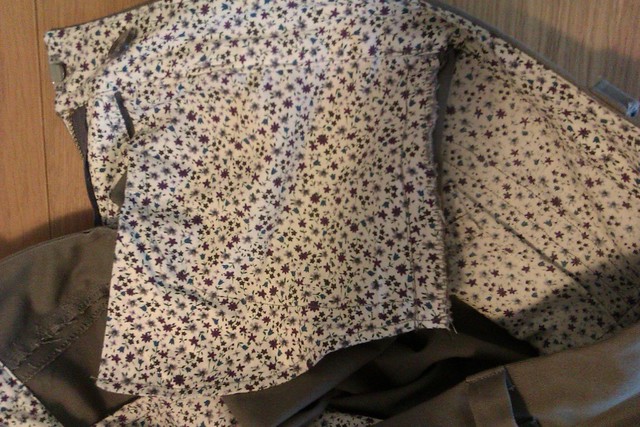 The welt pockets did not pose a problem thanks to Lladybird’s explanations and despite Koen’s fear of ending with pockets that opened up all the time like some we’ve seen on internet (I swear I don’t remember this detail, but Koen was almost obsessed with sleepy-awake welt pockets) they ended up fine. 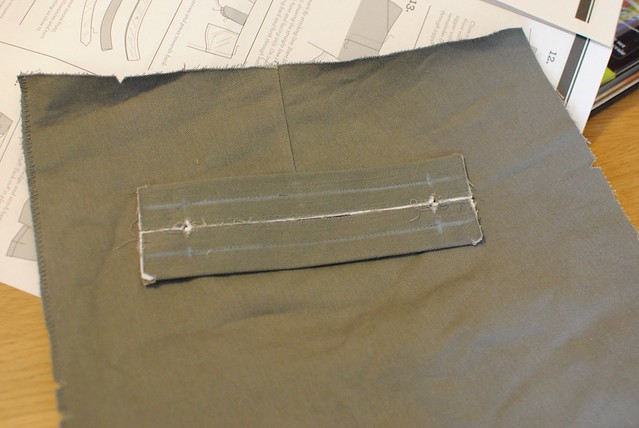 It’s true that after Koen’s warnings I tried to be especially careful with this and I sewed them close by hand before finishing them to keep the shape during the process.

What almost made me cry was the fly zipper. Even following Lladybird’s instructions, I screwed up somehow (I still don’t know what happened). That night I had troubles to sleep and I promised myself that these were going to be the first and last pants that I attempted to make. The day after I started to see things better, I fixed my issue and I fell in love with my pants again. 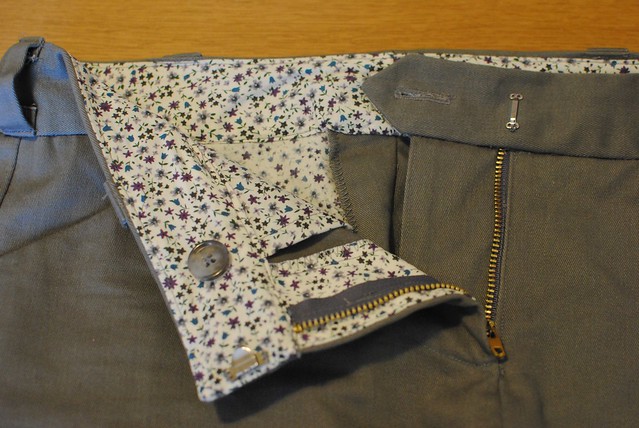 The zipper was not the only thing I did wrong. If you remember my muslins, you’ll know that the size 4 was too loose but the butt seemed fine. The size 2 muslin was perfect but the rear was a bit tight, so I had to keep that in mind when I made these pants, and off course I forgot; so when I tried them my butt looked like a Spanish chorizo. As I tried to be very careful and “professional”, that seam was made with a triple stitch, and it took me almost one hour to reap it. I can still see the marks of the old stitches and I hope against hope that they will go away when I wash the pants.

All in all, they look fine and I’m extremely happy with them. With giving more space to my rear I got the waist a bit loose, but as it has belt loops it doesn’t worry me too much. 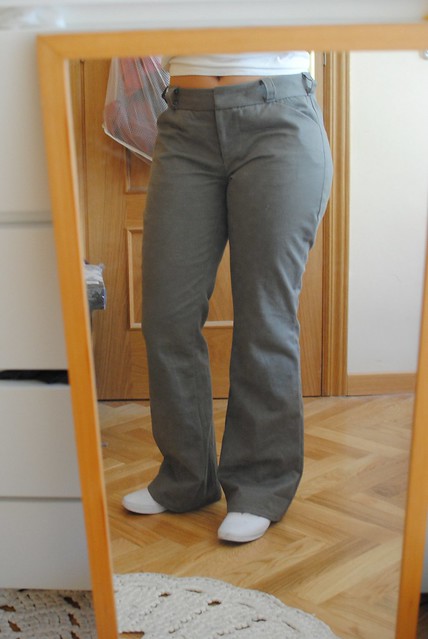 I trimmed a bit more than 2 inches from the bottom and I narrowed the legs quite a bit. I made them follow my thigh line with a comfortable ease and from the knee down parallel to the seam until the bottom. 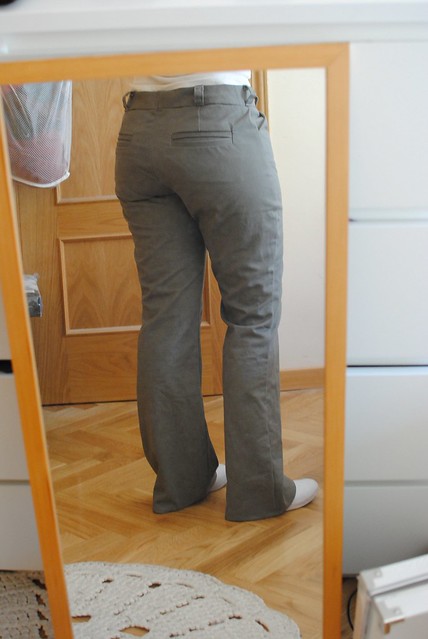 The back also looks ok. It wrinkles a bit, what makes me think that next time I could try to alter it with a fish eye dart. But as I look at it again and again, I become more and more happy and I think I will just keep this shape.

And I can move inside them! No more thighs tightness due to my caopeirista’s legs. These pants are a win win! 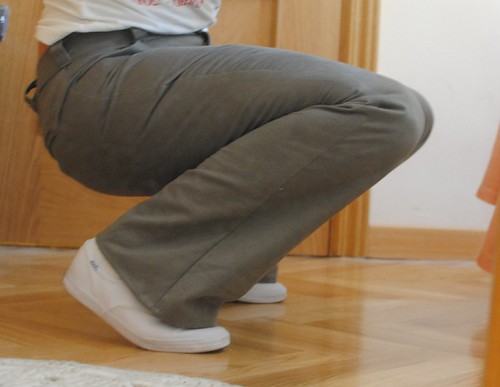 The fabric was around 18 euros. Not bad, I would say, for a pair of pants.