Do you remember the bathing suit I made for the swimsuit sewalong? 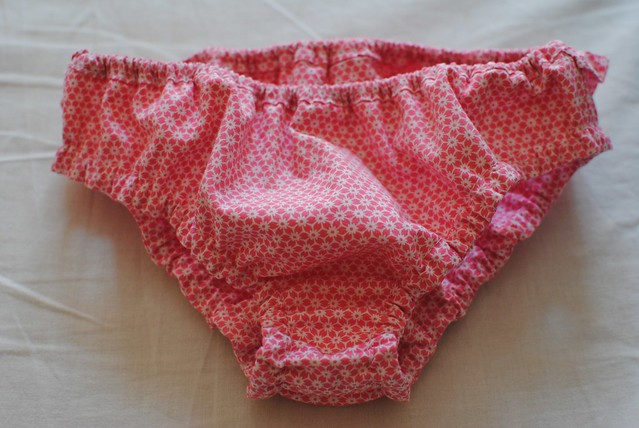 During my stay in Vigo I could finally make some pictures of Paula modelling it. The weather was quite bad during the two weeks I spent there, being cold and foggy most of the time, but I managed to go to the beach on two occasions: the first was on the Wednesday of the first week, on which we went to the Cies Islands with Koen’s parents; the second was the day right before I came back, and it’s when I took these pictures. I apology for the quality, since I seldom carry my DSLR with me to the beach (afraid of sand and sea water) unless I clearly intend to make pictures, and at this point I was so tired that I completely forgot about this bathing suit. 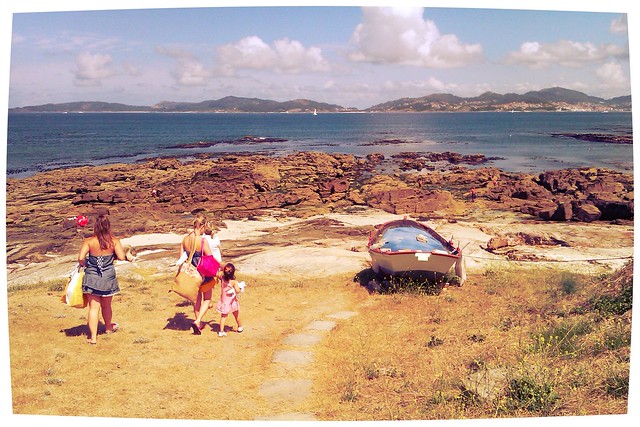 These are my sister (left), my mother and my niece Paula. She’s carrying her white pony; and we are walking to a place on the rocks between my mother’s two favorite beaches.

Paula is such a clever and funny girl, and she first delighted us with some singing and dancing: 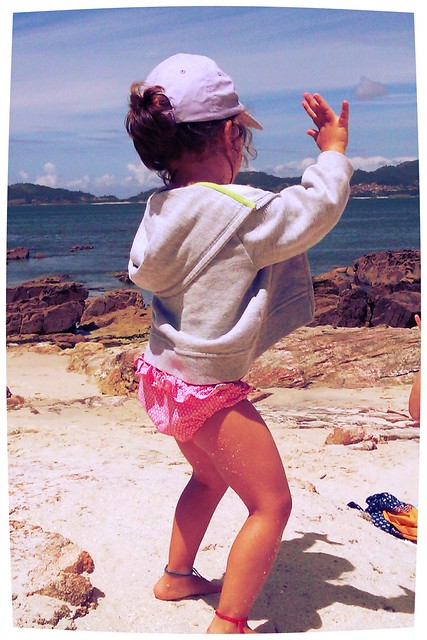 When Koen’s parents were visiting she demonstrated them her gymnastic abilities and how she can count to ten in English! She also knows the colors in English since some months ago, and she’s just three and a half! Smartass!

And here some shots of the bathingsuit in action. 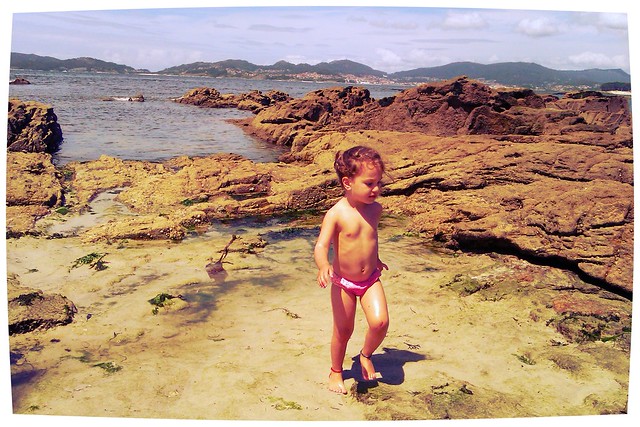 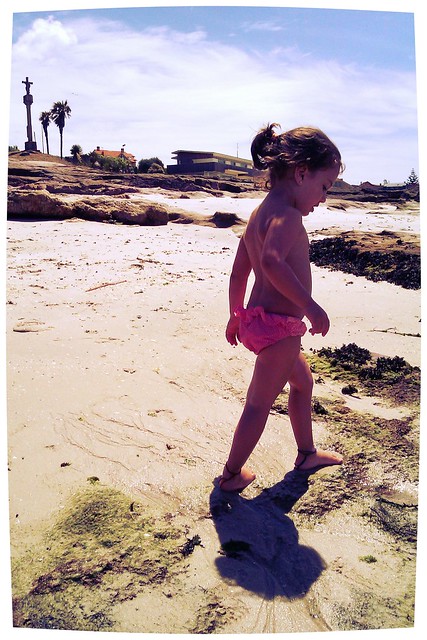 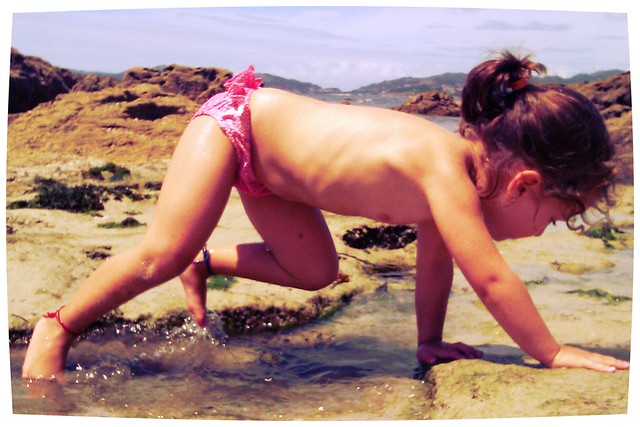 And here, in a completely unrelated note, my bikini. This picture was taken during our trip to Valencia, but was lost and forgotten in my cellphone. I think now it’s the time to share it with you. 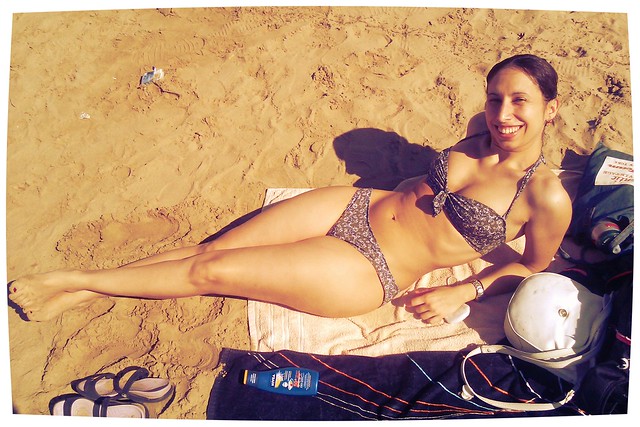 As you can see the sand is different in Valencia, thinner and darker. You cannot see the sea but it’s also quite different. Used to tides in the Atlantic, it’s amazing to see how people place their towels just at the border of the sea line. I know that there are no tides in the Mediterranean, but knowing the fact doesn’t stop me from being amazed at seeing it.

And here a last picture of the Atlantic Ocean and my dear Bay of Vigo. 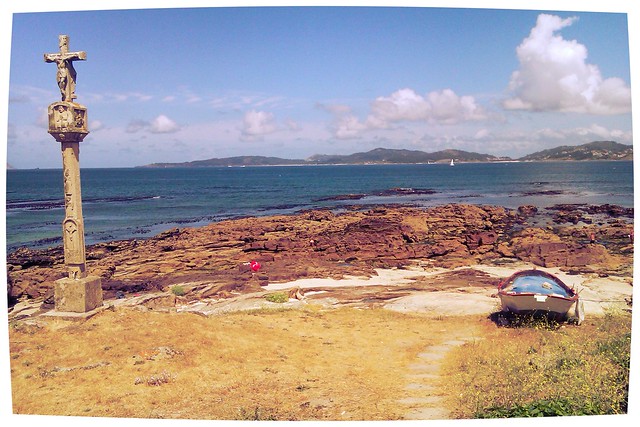