These last weeks have been hard on us due to the move and everything around it. In our previous apartment we had ADSL, but since we had the option to get fiber in the new one, and at a reasonable price, we went for it. That meant changing companies to save some money but I had everything set up to get it installed on December 31st. That was just before we moved in, and it was the day the painters were doing their job. So I went to the new apartment and sat on a bucket of paint and waited. Two hours passed and there were no news from the technician who should have come to perform the installation. I called the company and the appointment appeared cancelled. Nobody could give me an explanation to why it was cancelled and why I was not notified about it. We made a new appointment for some days later. And then we entered an infinite loop which I decided to break. Four appointments were made and four were cancelled without notice, and two weeks passed during which we didn’t have internet access… and didn’t know for sure when we would get it. I decided then to cancel the contract and go for the company we already had in the past. It was a bit more expensive but at least we could get internet one day. I’ve been using my mobile internet for work and this whole situation was getting on my nerves.

We finally have internet, since the second company set up an appointment two days after we phoned them and they kept their part of the deal. After all these days I began to doubt from the technicians existence.

And I bring you here a quick project.

We had a 125 c.c. motorbike for a short while when we were living in Belgium. It’s the kind of bike that you’re allowed to ride with a car driving license. Koen used it often to go to work, and it took us to the Rockabilly Day on a couple of editions. That small motorbike was heavily loaded with our weight and all our stuff, including a tent. 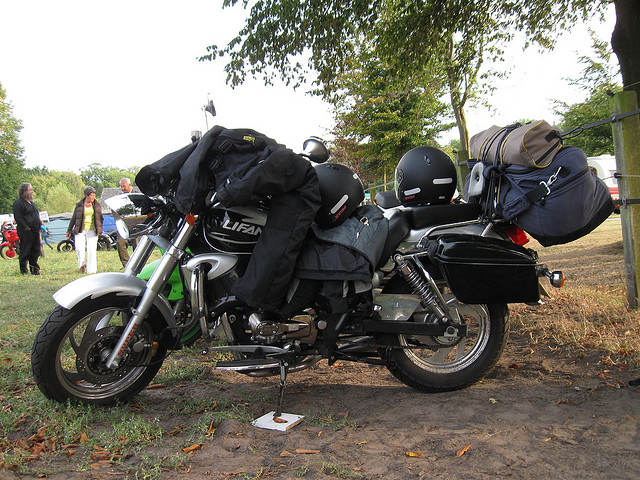 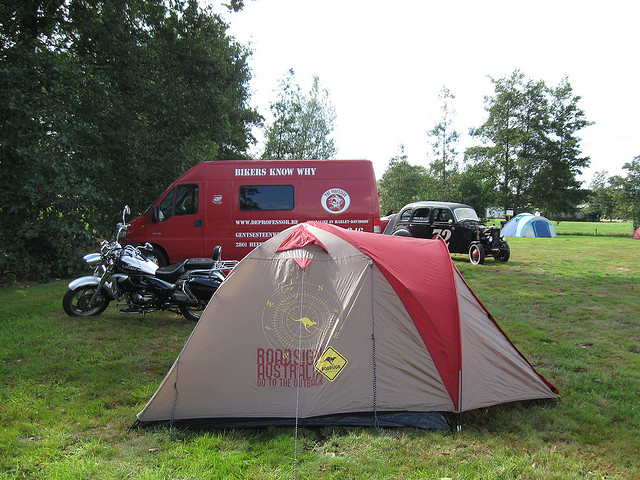 I never rode a bike by myself, and I remember practicing a couple of times on a parking lot without much success. I felt too small and clumsy. After some time we sold the motorbike and moved to Spain, and the motorbike bug bit Koen again. He convinced me to attend classes with him and get the motorbike license. My first practical class was a complete failure and I promised myself to never do it again, but I went back and even though I’m not great at it I’m making quite some progress. As soon as I decided that I was going to persist on learning I wanted to make a helmet bag to avoid losing a glove (again) and to keep it tidy at home. I took the idea from here, but as I did not have a bag to make a pattern I used a big plate to trace it.

Then I cut a wide stripe making sure that the total width was enough to accommodate my helmet with certain ease.

The fabric is some left overs from a dress I made almost three years ago. It’s a quite stiff cotton or cotton blend that will be enough to hold my helmet’s weight. 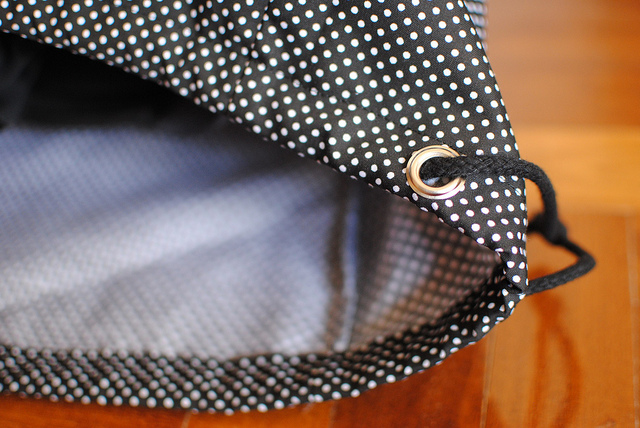 I did French seams to keep it tidy and strong and finished it as a drawstring bag. I used eyelets or grommets and I installed them using this tutorial. 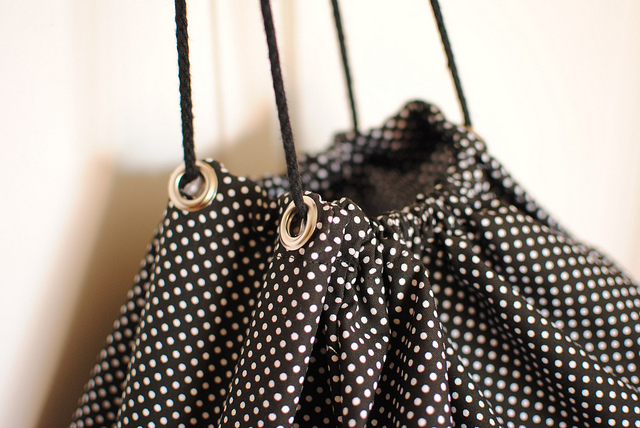 I used this bag already some times and I’m quite happy with. It serves its purpose and doesn’t look home made at all. 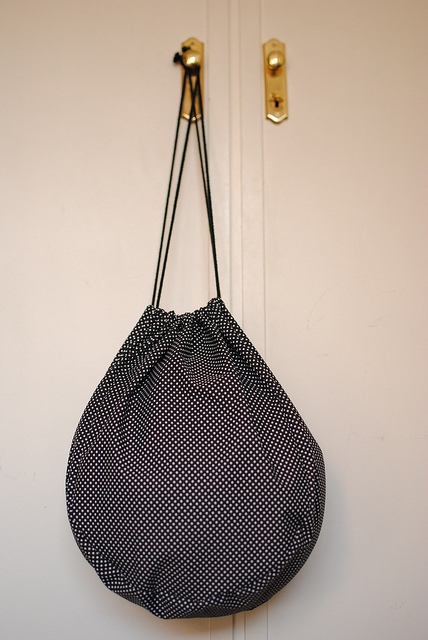 And now the birds will want helmet bags for them! 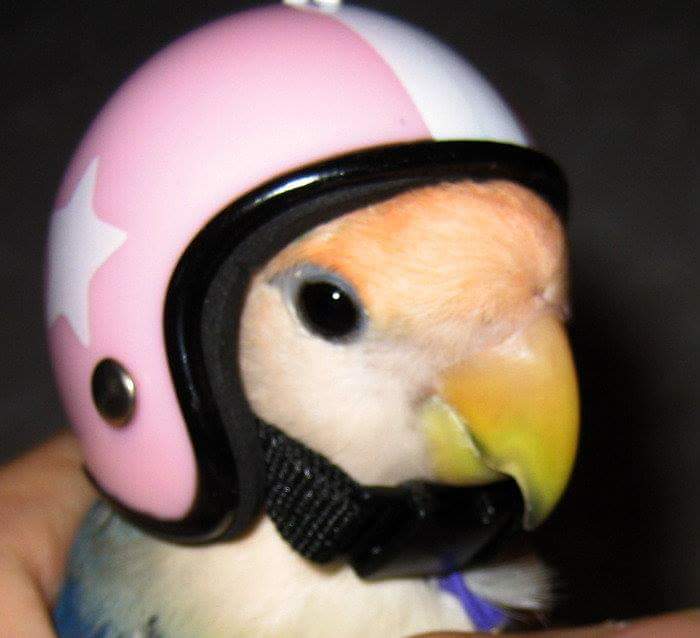 If you also want a helmet bag but you feel that you need a pattern, there’s this one on Etsy. And this is a lovely bag, maybe if I have more time in the future.