Just before Christmas I lost one of my two knitted hats, leaving me with the one I never wore because it was itchy on my skin. Since it was cold, I made a fleece hat this January, but I still missed having a knitted hat. I was worried about what yarn to use, since a continuous use of my wool socks caused some temporary itches on some parts of my feet.

One day rummaging through my stash I found that I still had around a skin and a half left from Artesano Aran, the yarn used at my last owls sweater. I made it a bit more than a year ago, and I wore it non-stop during the coldest months of the year (okay, it’s March and I’m still wearing it). It’s warm, cozy and quite soft. I should seriously consider making one in each color so that it doesn’t look like I’m wearing a uniform all the time.

I rubbed repeatedly this sweater and the new skin against my forehead, and it seemed okay. I just needed a pattern that would allow me to use this yarn. 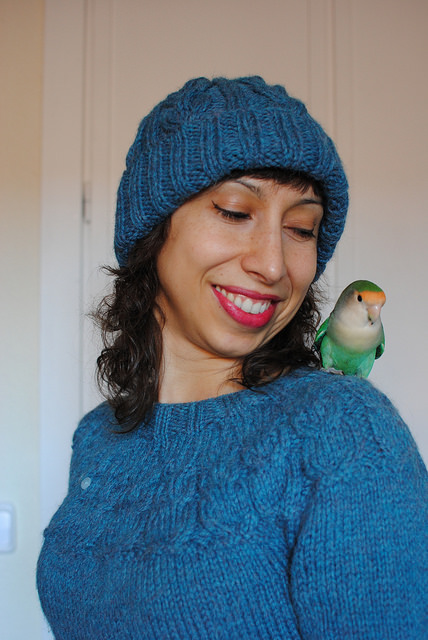 I like my hats warm. I am mostly a practical person, and despite I like beautiful clothes, the main thing I need for them to be is functional. An issue I have with knitted clothes is the wind. Unless I have several layers of them or an extra wind-stopping element, I will get cold anyway on windy days. So using a thick yarn was not enough. I needed a pattern that would allow me to fold the rim to protect my forehead and ears from the very cold winds. Colorwork would have worked too, but usually it doesn’t include the ribbing, and my ears get cold. 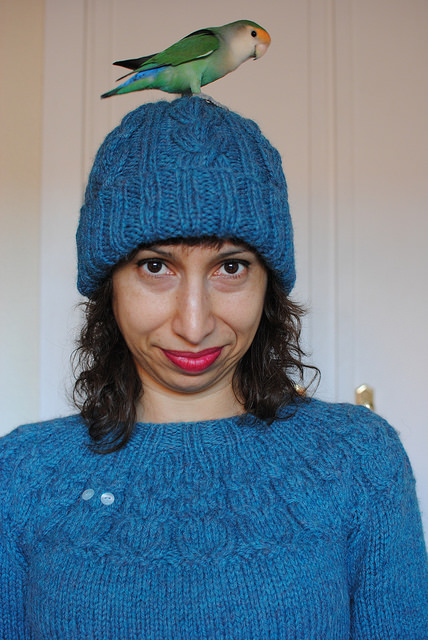 I found this Hat Most Likely to Succeed and it was all I needed from a hat. A simple design, with a folded rim and suitable for my yarn. 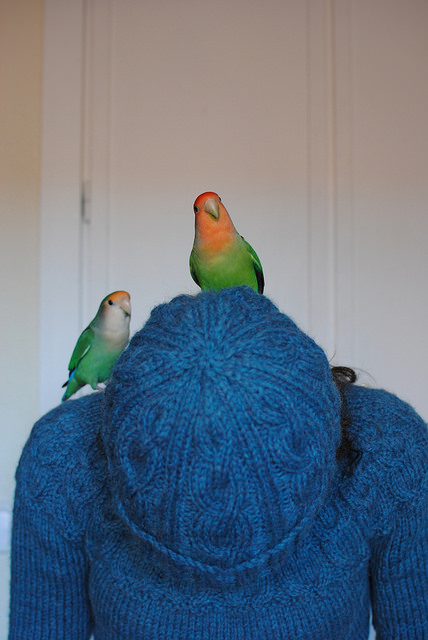 I had to reknit this one, due to my lose gauge and my very small head. The pattern instructs you to cast on 100 stitches and then increase to 120, making 8 repeats (15 stitches each). I thought that 7 repeats would be just enough for my tiny head, so I cast on 84 stitches, to increase to 105. I also omitted one of the vertical repeats, but in hindsight I think it could have worked with the pattern as it originally was. I did it like this for fear the hat would stretch after being washed (which I still didn’t). 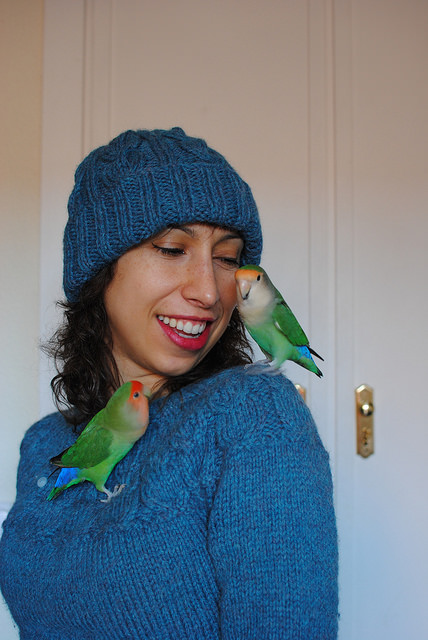 The hat is warm and cozy, and I have worn it for a couple of weeks during the coldest days. It doesn’t feel as soft as the one made of fleece but it’s good enough for my very sensitive skin. Now my biggest fear is losing it. 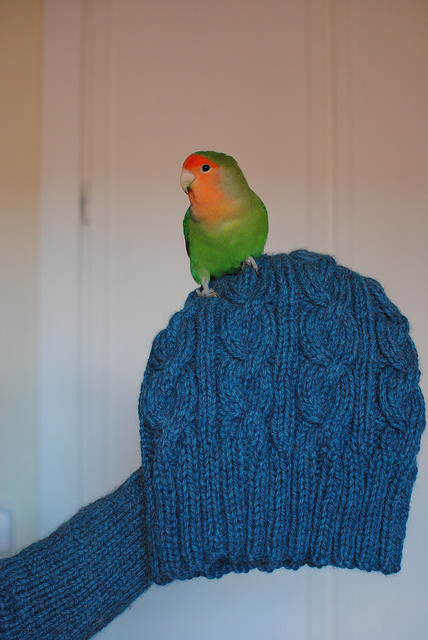